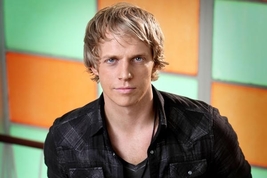 A talented musician, boyishly good-looking Matt is keen to impress and will work round the clock at things that really interest him, such as the first musical production at Waterloo Road last year, but he'll do anything to avoid the bore chores of teaching.

Matt is gay and was with a boyfriend for three years, but the fact that he was unwilling to live openly as a gay man was a source of constant rows between them and meant the relationship was doomed to failure. Now Matt finds himself newly single and is burying his grief in a partying lifestyle. However, the party has to end when he finds himself foster parent to a troubled young girl and the target of hate for her brother and erstwhile father.

He returns to Waterloo Road following a spell at an independent school. Handpicked by Michael to once again head up the Music and Drama departments and oversee the introduction of a school orchestra. Whilst he firmly gets his feet back under his desk at Waterloo Road his best friend Rosie has other ideas to keep him busy. Matt’s agreed to be sperm donor but will their friendship withstand the pressure of impending parenthood?

Reason for leaving
When Waterloo Road was closed in series 7, Matt was offered another job at a different school.