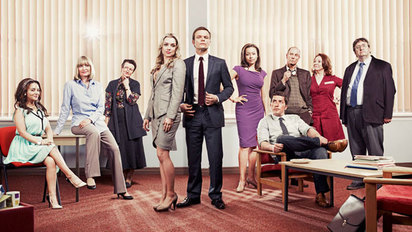 Waterloo Road was first broadcasted on our screens in March 2006.  The popular drama is still airing hugely successfully on BBC1 every Thursday (previously Wednesday) at 8:00pm. It's now on it's eighth series and another series has been confirmed to air over the coming years.

The series is set in Waterloo Road school, a fictional high school for teenage students. For series 1 to 7 it was set in an old comprehensive school in Rochdale, Manchester. In series 8 onwards it will be set in an independant academy in Glasgow.

When the show first began the school was known for it's badly-behaved students and poor-quality teachers but as different heads have come and gone the school has exceeded all expectations and has remained a safe, caring place to attend.

Series 7 has promised a "dramatic and explosive ending", forcing the school to relocate to Scotland for it's 8th and 9th series. Filming for the eighth series will begin in April 2012. Series 8a began broadcasting on BBC One in September. Series 8b will be broadcast in early 2013.

In 2011, Waterloo Road won the "Most Popular Drama" award at the National Television Awards.

Please Note: We are not part of the BBC, Shed Productions, Shed Media. We are simply a fan resource page.