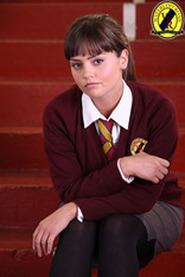 New lower sixth John Foster's girl Lindsay James is the daughter of fairly well-to-do parents and a hard nut to crack. Lindsay has traditionally been a model student, but after her mother, Marion, is arrested on suspicion of murdering her father, Lindsay explodes like a rocket at the smallest infraction.

Unable to face the enormity of events at home, she throws herself aggressively into the growing gang war and soon finds herself at the head of the John Foster's girls. And the only time we ever see her let down her "hard as nails" persona is when she's looking out for her little sister, Em.

Reason for leaving
Lindsay stabbed her father to death, snapping after years of sexual abuse at his hands.  Although Lindsay’s mother covered up what really happened, the truth came out in court and Lindsay is forced to leave Waterloo Road to stand trial.