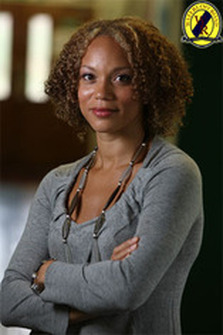 If what makes a good teacher could be bottled, you'd bottle Kim. Her specialist subject is Art and she also has the role of Head of Pastoral Care at Waterloo Road. She's the children's friend in the best sense of the word. She and Andrew were daggers drawn when he first arrived: she thought that he was distant and demanding; he thought she 'understood' too much and didn't challenge enough. It was a hate that grew into mutual respect and then... love? Everyone is surprised when Kim returns from Rwanda with a baby in tow, but without Andrew. The staffroom rumour mill immediately goes in to overdrive. Who's the father? Kim is evasive - all anyone needs to know is that Grace is hers. However, the rest of Grace's family may have other ideas.

Her feisty nature and quick wit means Kim is never stuck for words and handles a cheeky student by giving as good as she gets – able to disarm any situation and gain the kids’ respect, in one fell swoop. She’s the first to champion Rachel’s emotional health scheme and believes whole heartedly in the school’s ability to give its pupils sound judgement and a healthy attitude to life. But she’s also keen to draw the line when Chris suggests they should single out the brightest students for special university preparation. Last term saw Kim fall head over heels for Max and when the truth about his treatment of the kids came out she felt the betrayal more than most. Kim wanted Max out of her life for good but it isn’t that simple and she’s conflicted to learn she’s carrying his baby. Still scarred from having to give back baby Grace last year Kim is determined to become a mother and if that means keeping the child away from his or her dad then so be it. Never one to be mollycoddled and perhaps still smarting from Max’s betrayal, Kim wants to do this alone. But when times get tough ever dependable Chris is on hand and Kim might be surprised at how good it can feel having him around.