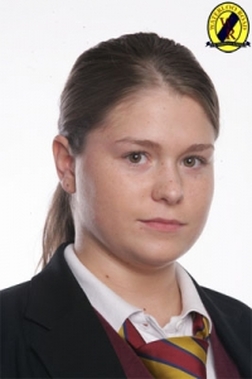 Karla is a 16-year old girl with Asperger’s Syndrome who arrived at Waterloo Road after a series of failed attempts at most other schools in the area. She’s a child badly let down by the system which failed to diagnose her condition, writing her off as a truculent troublemaker. Before her arrival at Waterloo Road she was excluded from three schools and the Bentham family eventually cracked under the pressure, with the father walking out on his wife and daughter, unable – or unwilling – to cope any longer. Karla was removed from her last school when mother Annette was given the choice – find another school or face permanent exclusion.  However, with teaching assistant Davina’s help, Karla carved out a place for herself at the school and despite finding it hard to make friends, has made two in Danielle and Aleesha.

Karla’s literal interpretation of simple instructions has always been the fuel for spiteful pranks and easy laughs. She also exhibits a few psychological conditions most notably Obsessive Compulsive Disorder. She doesn’t understand affection and can’t deal with physical contact – something which breaks her mum’s heart when Karla shrinks away from her embraces.


Karla is very intelligent and with the right understanding and guidance has started to do well at school. She enjoys subjects based on logic and reason, particularly maths - and is quite happy ploughing through pages of sums unaided, while her peers are left fretfully jabbing at their calculators.