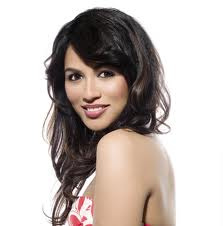 Since leaving Waterloo Road, Karen’s career has rocketed! Whilst she was still appearing in Waterloo Road, Karen landed the role of Alexia Alderton in CBBC show Pixelface. She has played this character for two series now, and a third has been commissioned.

Also, in 2011, she starred as a sexy barmaid in Strike Back: Project Dawn, a 10 part Sky series. In 2012, the new Fox television series Touch! brought Karen back as regular character Kayla Graham. She will be working with well-known Hollywood actors Kiefer Sutherland and Danny Glover. The series centers on a ten-year-old mute, autistic boy who can only communicate through sequences and numbers and who develops the ability to predict the future of people's lives—including Graham's.

Also, May 24, 2010, saw Karen release popular single "Hypnotize", along with three mixes and a Hypnotize Desi Mix EP. Karen recorded songs for her new music concept The Girl In The Pink Glasses, in 2011. She has uploaded snippets of them onto her facebook bandpage. These songs are called, "Push", "Superheroes", "My Inner Freak", "Tom, Dick or Harry", "Catch Me If You Can", "Chinese Whispers", "Pinky Square" and "Slow Motion". Karen released "Superheroes" on June 6, 2011, due to popular demand by her loyal fan base, however the rest have yet to be released.