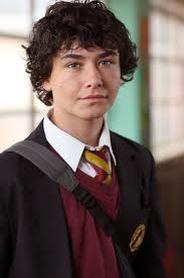 Josh is a fairly average lad. He grew up with his mother Georgia and their status as a single-parent family has made Josh fiercely defensive of her, perhaps rendering him a little over-sensitive to ridicule.

Josh rejects more macho pursuits like sport and football in favour of music and is a capable, if not utterly dedicated, student. He carries a secret chip on his shoulder and can't help but feel resentful towards the father he believes abandoned Georgia when he found out she was pregnant. But he is about to discover that his absent father is closer to home than he thinks.

Josh is Tom’s son. . He now has a good relationship with Tom, but can find it hard to give his dad the benefit of the doubt – understandably considering he spent the first sixteen years of his life believing Tom (who never knew of Josh’s existence) had abandoned him at birth.

Josh’s close relationship with Finn was threatened when Josh realised he had a crush on him.  But Josh has learnt to be truthful to himself and their friendship survived intact when Josh came out. Series six saw Josh find a boyfriend in Nate and Tom eventually accept his son’s sexuality completely.

Series 7 saw Josh become addicted to drugs which then resulted in him being diagnosed with schizophrenia. He struggled to cope with his diagnosis and after finding comfort in his best friend Lauren he decided to stop taking his medication. During exam week at Waterloo Road Josh's illness finally got the better of him and during his first exam he had a breakdown. He was taken to hospital for a few weeks and returned the week later feeling much better within himself.