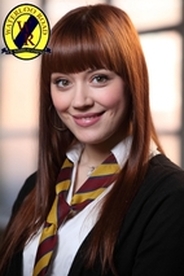 Head teacher Karen Fisher’s middle child and youngest daughter. Jess is cool, sarky, confident and aware of how pretty and popular she is.  Jess is full of contradictions; on the one hand involving herself in an adult relationship with a man who doesn’t know she’s a schoolgirl and on the other playing games to be popular and lying to her parents to keep their approval.  Jess and Karen have a feisty relationship; Jess feels like she can never live up to Karen’s lost daughter, Bex.  She has a complex home life, simultaneously resenting, whilst really missing her older sister Bex, who used to make family life bearable.  Jess also finds herself at the pinnacle of a love triangle, as both Jonah Kirby and Finn Sharkey fight over her.  Jonah wants Jess to work out who she really is and their love affair plays out at the heart of Waterloo Road.  Jess’ experiences in the first ten episodes will show her that she’s been playing at being a woman, and she has an awful lot of growing up to do….

Jess previously bedded Chris – a man ten years her senior and led on Finn who was younger than her, but this series sees Jess finally fall into a relationship with a boy her own age, but it’s not gonna be plain sailing - Aiden Scotcher has a wondering eye and although mad about Jess, he also has a thing for her best friend Vicki.

Reason for leaving
Jess left Waterloo Road with her boyfriend Aiden to have their baby together.