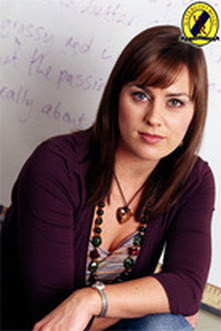 Izzie's in her mid/late 30s, warm, with bags of charisma and a 'sod the rules' approach. She's a popular teacher (Drama and Movement) who wings it too much for her own good. She's easy and open and can have a laugh at her own expense with the pupils. She's also a single mum with two teenage daughters of her own at the school - Mika (16) and Chlo (15). She and Tom Clarkson recently got together but Izzie still feels guilty for betraying her best friend and his ex, Lorna.

When Lorna returns unexpectedly after the summer holidays, Izzie's genuinely happy to see her, hoping that they can put some of the past behind them. Much to Tom's annoyance, Izzie offers Lorna a room while she sorts herself out. It's awkward enough with all three teachers - plus Mika and Chlo - under one roof, but to make matters worse, Izzie's pregnant with Tom's baby.

Reason for Leaving
Izzie came across Jed Sedden threatening Jack with a knife. She ran to his aid and received a fatal stab wound to the stomach.