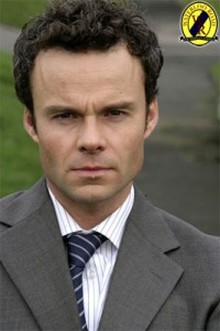 Andrew's in his early 30s, a public school and Oxbridge educated social misfit whose passion is teaching English. His well-educated, 'snobby' accent and his strict teaching methods get up the noses of some of his new pupils, and his importing of 'right-wing' management strategies from his public school also make him a few enemies amongst his colleagues - most notably Grantly Budgen. But he has a steely determination that no matter what, he is going to make a difference - something that new sponsor governor Roger Aspinall admires.

Andrew's social life has been on hold for a long time. He may well have fallen too deeply in love too young and been badly hurt by eventual rejection. He keeps that part of his life buried - until much to his alarm he's hit right where it hurts, by Kim Campbell.

Reason for Leaving
Disillusioned by Jack's questionable fund-raising efforts, Andrew took up an offer to return to teaching in Rwanda, taking Kim with him.

*Andrew returned briefly in series 4 to visit Kim, who had taken a baby from wwhere they worked in Rwanda*