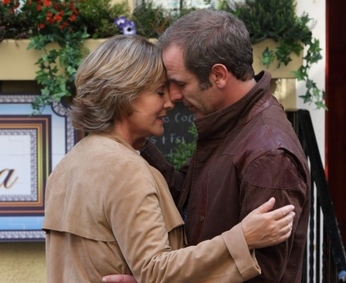 When new girl Evie Prior arrives at Waterloo Road, something about her story doesn't quite add up, as the popular school drama continues. It's not long before she's upsetting her classmates and causing problems for Karen. Evie tries to empathise with Finn, who's devastated by girlfriend Sam's terminal illness. But when Evie's story unravels and the truth is revealed, the school is forced to deal with the fallout.

Meanwhile, it's appraisal time for the over-confident Eleanor and the nervous Daniel Chalk. Karen sits in on their classes and finds room for improvement for both teachers. But has she got it in for Ms Chaudry?

There's romance in the Scotcher household. Jess and Aiden are all over each other, but that doesn't stop Aiden's illicit encounters with Vicki. And as Rob works towards his PGCE, Karen offers to help him with his essay writing after work.