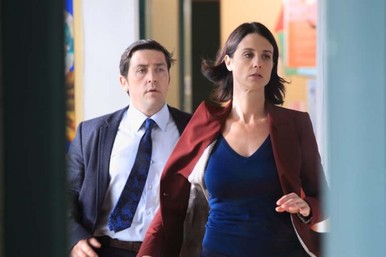 Zack is convinced that Jez isn't his father and undertakes a DNA test to confirm his suspicions. Jez is devastated when he finds out, but discovers that he shares Zack's paternity anxieties.

As they wait for the results, Jez takes the opportunity to tell Zack that he loves him no matter what and the pair are brought closer together.

Meanwhile, when Josh's behaviour becomes increasingly erratic, Nicki urges Tom to seek professional help. Josh is referred to a psychiatrist by the GP, who explains to Tom that it could be schizophrenia.

Elsewhere, Matt fears he could lose Martha when he learns that Rosie is moving away with Alex, Grantly and Maggie are left high and dry when the cosmetics company goes bust, while Trudi feels guilty when she forgets the anniversary of her mother's death.