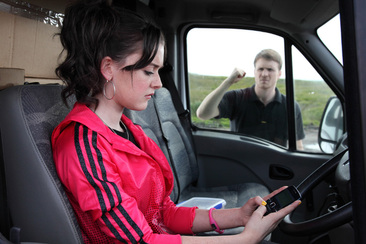 Grantly is apoplectic that she was appointed without the position even being advertised, but Tom tries to placate the old stalwart.

Linda soon gets her hands dirty when she agrees to keep an eye on Emily James on the day her sister Lindsay is due to leave prison. Keen to see Lindsay but unaware that her sister has no intention of returning home, Emily soon gives Linda the slip. Linda is then forced to head off in pursuit.

Meanwhile, when Jez announces the lunchtime Fit Club, Chalky's crush on Janeece prompts him to sign up, and Michael tries to get closer to Sian over a late-night drink.