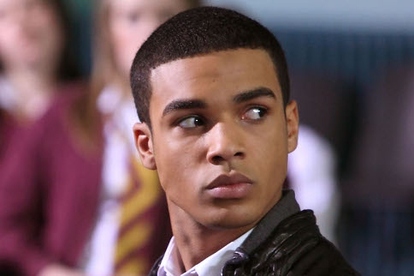 A controversial classroom CCTV scheme spectacularly backfires when the cameras are turned on the teachers, in the penultimate episode of the current series of the drama set in a Rochdale comprehensive school.


Elsewhere, a familiar face comes to the aid of a desperate Grantly, and Janeece finally confronts Ruby with the truth.

When Chris launches a trial scheme to equip the classrooms with CCTV there is uproar among both staff and pupils. Jonah is outraged when he learns that the staff room doesn't have a camera and hatches a plan to expose the hypocrisy of the scheme, unwittingly stumbling upon Jess's and Chris's secret in the process. A violent clash in the corridors of Waterloo Road ensues, and Chris and Jonah attempt to cover up the truth in Karen's office.

Meanwhile, Grantly's personal crisis worsens as Fleur's mental health continues to decline, and a confidential chat with Ruby quickly becomes playground gossip. Later, Steph Haydock turns up to help and a stubborn Grantly is forced to make a heartbreaking decision.

Elsewhere, Janeece can't stand to see Ruby with her baby and summons the courage to ask for her back. When Ruby refuses, Janeece takes drastic action and the realisation dawns that perhaps Ruby can't keep the baby away from a mother who actually wants and loves her.