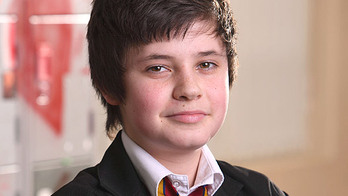 Harry's bulimia reaches crisis point under the stress of bullying and his parent's separation, as the drama set in a Rochdale comprehensive continues, while the tension increases between Ruby and a heavily pregnant Janeece.

When Finn discovers that Harry has sabotaged his plans for Jess to sleep over, he exacts revenge with a day of relentless bullying and chances upon Harry being sick in the toilet. Events reach a climax when Harry sinks to the bottom of the pool during a swimming lesson, a cry for help that leads both him and Finn to Karen's office. When Harry is finally forced to reveal his condition, Karen is left questioning her role as a mother.

Meanwhile, Ruby is fed up with acting like Janeece's slave and makes a stand; however all is forgotten when Ruby finds Janeece going into labour at school.

Back at the Fishers' house, Vicki feels like a spare part amid the family's turmoil and makes a difficult decision.

At the Interschool Debating Contest, Ruth is the school's strongest entrant, enjoying the backing from her fellow pupils, particularly Lauren and Amy. Enterprising Ronan sees a money-making opportunity and takes bets on the contest, placing himself as a rank outsider with his own entertaining yet unorthodox form of debate. Under the expectant eye of Marcus, Ruth takes to the stage under pressure, while Ronan looks set for a windfall – but things do not go quite as planned.