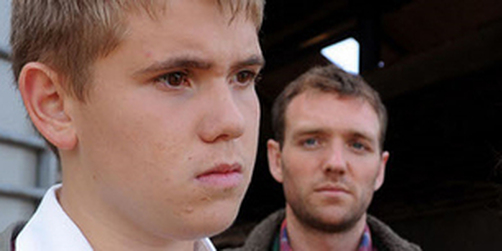 Ruby is still struggling to cope with her personal problems but is reluctant to take anti-depressants. To make matters worse she takes the year 10 class on a trip to a local farm, only for it to be a disaster from the outset.

Run by Mark Moran, the older brother of year 10 pupil Craig, the farm is in deep financial trouble. Mark had asked Craig to cancel the trip as the farm is in no state for visitors but Craig ‘forgot’! He was hoping Ruby would see how much trouble they were in and help convince Mark to sell up.

New boy Finn is still hell bent on causing trouble and brings alcohol on the trip. He plays Amy and Siobhan off against each other, causing a cat fight. During the ruckus, Josh gets accidentally sprayed in the face with some dangerous chemicals.

Mark is worried the farm could be shut down due to Josh’s accident, but that is nothing compared to his anger when he realises he has been betrayed by Craig.  However, Ruby helps Mark to see how unhappy Craig is and how much potential he has for his future, and the brothers decide that they’ll stick together and do the right thing for both of them, whether that means selling the farm or not.

At the end of the disastrous day Ruby is forced to admit to Rachel that she’s not coping and her personal problems are affecting her work.  However she’s not quite prepared for Rachel’s response!

Elsewhere Chris and Kim roll out a peer mentoring scheme which causes all kinds of trouble particularly when Bolton and Paul start a ‘complaints box’ for the younger students to leave anonymous complaints about the staff.  Affronted, Grantly goes on the rampage, only to be firmly put in his place by Rachel. Kim has her own problems looming as she is prepares to go to her first ultrasound.  Luckily Chris offers to go with her so she won’t be alone.