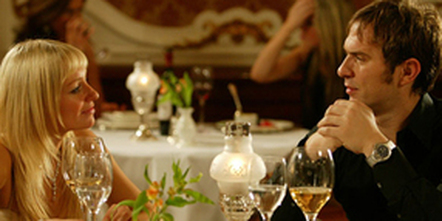 Having recently split from Davina, Tom is conflicted when Rachel asks him to mentor her teaching training. It's clear they both feel something for each other but neither will say what the other wants to hear. Frustrated, Davina decides to get in touch with an old flame who's been texting. At lunchtime, Donte spots Davina getting into a swanky car and is shocked when he sees that the driver is Jack Rimmer. Davina wants to know if there's still anything between them and his shocked when Jack announces that he's been offered a new headship... in Dubai. How does she feel about going with him? Davina is lost for words, but agrees to meet him later that evening for dinner. Once Chlo finds out that Jack's back on the scene, she hatches a plan with Mika and Brett to get Davina and Tom back together.

Celine is extremely proud of Donte when he's nominated for a Travel Agent of the Month award. A photoshoot is arranged, but Celine's unhappy when the photographer places Chlo next to Donte. Feeling unsettled, Celine tries to regain the ascendency by ordering Donte to tell Chlo that he wants a divorce. Donte's confused - Celine knows full well that his solicitor has advised him that he'll have to wait for at least a year before he'll be able to file for divorce. Later, it's congratulations all round when Donte wins the competition... and a free holiday in San Antonio. Celine is crushed when it becomes clear that he hasn't included her in those plans.

Steph's hugely excited when Claude Legard, the French businessman she's been schmoozing, arrives at the school, hopefully carrying a large cheque for two new language labs. Claude cringes, and not only because Steph has gone into mega-flirt mode - he's horrified to discover just how low the standard of language teaching is at Waterloo Road - why aren't the pupils also learning German, Spanish, and Italian? And why are only a pitiful number of them continuing on to A' level? Back in Rachel's office, Claude stuns everyone by refusing to part with any cash - Waterloo Road needs inspirational teachers, not teachers like... well, Steph. Desperate to rescue the situation - not to mention escape Rachel's ire - Steph arranges to meet Claude for dinner that evening and make another pitch for his Euros.

Chlo and Maxine are still happily downloading essays from the Internet, unaware that Jasmine is beginning to suspect that there's widespread cheating going on. When one of her average students begins to submit outstanding work, she reports the matter to Grantly and is more than a little taken aback by his blase attitude. Still, he manages to convince Jasmine to leave the matter with him. Little does she know that he's already fully aware of the situation and willing to cover it up... anything for a quiet life! Meanwhile, in the hope of getting the right response from Tom, Davina tells him that she's met up with Jack. Tom's pretty clear he's not about to get involved in a battle - if she loves Jack, she should go to Dubai with him.

Steph rolls up at Claude's hotel and immediately weighs in with a full-on seduction routine. Claude's forced to rebuff her - as far as he's concerned, there's nothing attractive about a desperate woman. Upset, humiliated, and angry, Steph leaves, but not before making it clear that all she cares about is the kids and is willing to go to any lengths to secure the new language labs for them... this was never about Claude. Back at school, insult is added to injury when Rachel sacks Steph as Financial Director. As Steph disappears to drown her sorrows at the pub, Claude turns up in Rachel's office. He's changed his mind. Although he didn't approve of Steph's methods, it's clear to him now that her heart was in the right place. Rachel is stunned when he presents her with a cheque for 30,000 Euros - maybe she could use it to send Steph on a refresher course? As long as it's not to Paris of course!

Chlo and Mika's grand plan is foiled when Davina dismisses 'Tom's' note as an empty gesture - funny how he's all apologies now that Jack's back on the scene. Unaware that their plan has gone awry, Mika and Chlo drag Tom along to a posh restaurant and then promptly disappear, leaving him a note telling him that his real date for the evening is Davina. Left sitting alone in the restuarant, Tom's livid and immediately phones Mika to give her a piece of his mind. Mika asks him what he's most angry about - her and Chlo's interference, or the fact that Davina didn't show. Spurred into action, Tom jumps into a taxi. Meanwhile, Davina and Jack are discussing the possibility of her joining him in Dubai. However, the romantic atmosphere is shattered when Tom turns up and, in front of Jack, tells Davina exactly how he feels about her.

Eddie and Rachel arrive at the pub to find Steph drowning her sorrows. She's ecstatic when Eddie tells her about Claude, but Rachel quickly bursts her bubble - just because the school is now 30,000 Euros richer, it doesn't mean that all is forgiven - she's still off the job. A tearful Steph escapes to the toilets where she runs into Maxine. Although angry at first to find her still under-age protege in the pub, Steph breaks down - she's a complete failure - as Financial Director, as a teacher... in every single way. Maxine is quick to tell her that she's a success as far as she's concerned, and Steph is heartened. As the two share a close moment, Maxine takes the opportunity to confide in Steph about her cheating. Steph is remarkably laid back about it. As long as Maxine keeps quiet about it and doesn't get caught, she can't see what the problem is.

Tom arrives home and heads straight for the fridge. He's swigging from a bottle of beer when the doorbell rings. Mika and Chlo are thrilled when they open the door and find Davina standing there. As Tom emerges from the kitchen, they make a hasty retreat. It seems that Davina has made her choice and she's choosing Tom. As Tom and Davina celebrate their new happiness, Stuart Hordley photocopies a stack of Rachel's press cuttings and prepares to send one to every member of staff at Waterloo Road...