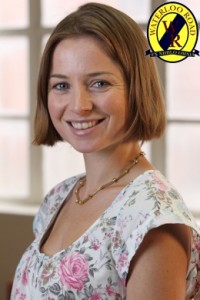 Raised in the East End of London, Rose lived and breathed the mile radius around her council flat and like most of the other girls around her, was pregnant by the age of sixteen and again not a year later. Motherless and estranged from her boyfriend, Rose started to drink heavily and got herself a reputation for being easy, both her daughter Sam and fourth child Denzil were products of one night stands.

When the council offered the family the chance to move to a bigger house in Rochdale, Rose sees it as an opportunity for a fresh start and agrees to re-locate. She loves her kids dearly and wants them to do well at Waterloo Road, but is rarely sober and abandons any attempt at discipline. However, Rose proves to be extremely clever, and Rachel knows she just needs to get through to this woman - if she can get Rose some qualifications of her own, she might just have the confidence to begin acting as a role model to her children.

With Marley off at University and Earl serving a long sentence in a young offenders’ institution, Rose has grown incredibly close to her middle children Sam and Denzil.  Series 7 sees Rose struggling to accept her daughter’s terminal devastating diagnosis (brain tumour) whilst learning not to neglect the needs of her younger son Denzil.  It’s going to be a slog, but Rose has come a long way…