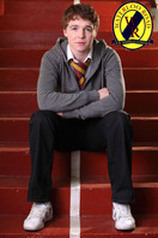 Ronan is an entrepreneur; he comes from a working class family, always looking for a business opportunity and is obsessed with earning money.  He’s inspired by Alan Sugar, and is the kind of boy who has thousands saved in the bank from his various schemes and pocket money.  But Ronan’s schemes mask a troubled home life and when he decides to cut ties with his parents we come to see why he’s so desperate to make an independent life for himself.  Ronan’s father is part of one of Manchester’s biggest gangs and has earmarked Ronan to follow in his footsteps.

Ronan was forced to make some brave decisions to escape a criminal future and even shopped his own dad to the police – a decision which might come back to haunt him in series seven. Following a surprise wedding proposal to Vicki, Ronan was devastated to learn that his fiancée was having an affair with his best friend, Aiden and pregnant with his baby. Later when Vicki miscarried, it was Ronan who was there to offer comfort and support and the end of the series saw them rekindle their relationship.

This new term sees their relationship come under more stress when Vicki struggles with the pressure of her upcoming re-sits and Ronan focuses on his new business adventure, a fruit and veg stall.

*Ronan made a brief return at the end of series 7 to cater for the school proms. He now runs a successful fruit and veg business*