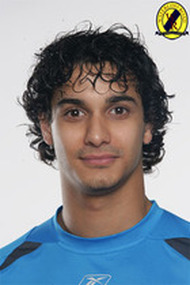 Rob Cleaver is the new PE teacher at Waterloo Road - he's young and charming, but extremely driven and competitive. Once a successful professional athlete, Rob's hopes of representing Britain in the hurdles came to an abrupt end when he suffered an injury at the height of his career. He threw himself into his new profession with passion and vigour and quickly realised he had the ability to inspire and encourage kids, but still harbours a sense of resentment for his lost career.

Jasmine finds Rob's forceful nature compelling and with her enthusiasm for sport, they quickly realise they have a lot in common and they soon get together. When Rob finds Bolton Smilie has an extraordinary talent for boxing, he knows he's found what he's been looking for, someone he can live his sporting career through again.

Reason for Leaving
Rob was suspended from teaching after giving Bolton performance enhancing drugs, before he stepped into the boxing ring.