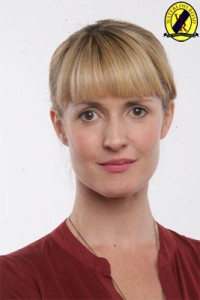 Melissa is Rachel Mason's younger, sexier, bubblier sister. Her heart is in the right place, but her endeavours have a tendency to goof up. She is a 'Goldie Hawn esque' kooky free spirit who has always sailed through life with an infectious joy and spark, but has never really stuck anything out for very long. The only serious relationship Melissa ever managed resulted in an unplanned pregnancy, but the marriage only lasted a couple of months.

Classic sibling rivalry means that Rachel at once envies Melissa's care-free exuberance for life, whilst Melissa believes she craves the authority and commitment Rachel has managed

Reason for leaving
Left Waterloo Road after her fiance, Eddie, discovered that she was already married... to two other men! Melissa later returned to spring a surprise on Eddie, announcing that he was the father of her unborn child. This shock revelation brought an end to Eddie's relationship with Rachel.