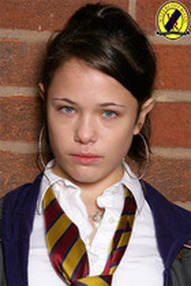 Maxine has had a troubled background - but there was a remarkable turnaround in her fortunes when Steph Haydock agreed she could stay with her. Maxine is now back at school and is making progress although she’s easily led astray by Janeece, and falls headlong in love with the psychopathic Earl Kelly, whose tough guy image is only dropped when he's alone with her. Unfortunately, Earl can't change and their relationship comes to an explosive end.

Reason for leaving
Earl was unable to cope when Maxine dumped him and turned up at her house with a loaded gun. Maxine was shot in the confrontation that followed and died in the arms of Steph and Janeece.