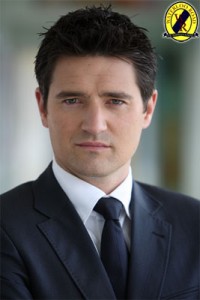 New Executive Head Teacher Max Tyler is a driven, highly ambitious man with a hard-working ethos who measures schools' achievements via league table success. For Max, children need boundaries, discipline, a sense of purpose and respect for others.

Max believes social disadvantage shouldn't hold children back nor should pupils be able to use their circumstances as an excuse for bad behaviour. If a pupil with talent isn't prepared to push themselves, Max will do it for them.

Max's role is as Executive Head of four schools in the area, but as the ex-Head Teacher of John Foster's, his ties to Waterloo Road are strongest and he finds it hard to focus on other schools on his patch.

Max quickly persuades the LEA to position him at Waterloo Road full-time, where his educational ethos clashes spectacularly with Rachel's as they fight a subtle turf war in the staffroom.

Max’s disciplinarian approach crossed a line when he physically assaulted Philip Ryan.  When Rachel Mason uncovered the truth behind his bruises, she outed Max for the violent bully he was - forcing him out of the teaching profession