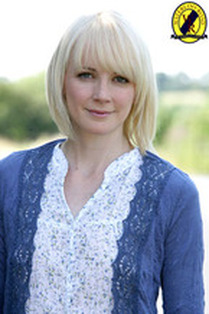 Lorna's in her early 30's, a 'lesson-plan' teacher who does it by the book. She's punctual, professionally dressed and doesn't smile. Lorna's a great organiser and prides herself on being 'a very practical person' and she loves to help other people sort out their problems. Her handbag contains everything that any less well-organised person could suddenly need in the way of pain-killers, indigestion relief, sanitary wear, nail file, tissues, addresses, phone numbers, bus/metro/train timetables etc. Lorna loves to be needed. She thought she would make Tom the perfect wife and when they split up she refused to accept it was more than a temporary blip - until she saw him in the arms of her best friend.

After a suicide attempt that left her cold, wet and embarrassed, she's back at Waterloo Road, determined to get her career on track and for the three of them to be chums again. But then she starts experiencing weird symptoms. Tom's convinced she's turned bunny boiler, but could there be more to it?

Reason for Leaving
Unable to cope with being diagnosed as suffering from Multiple Sclerosis, Lorna decided to take her own life.