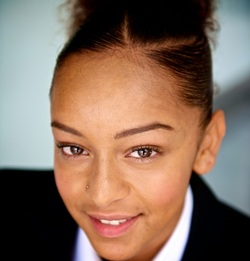 Jade joins the school at the start of series 8 after she and her boyfriend have been on the run from London and hiding out in the woods after he absconded from his juvenile detention centre. She wants her chance to get a decent education, but the new life she envisaged for her boyfriend Drew may not be as easy to achieve as she thinks.

Jade’s had a chaotic life up to now, and just wants her chance to get a decent education. Cool headed and collected, her experiences have made her strong, but the new life she has envisaged for her and her volatile boyfriend Drew might not be as easy to achieve as she thinks.