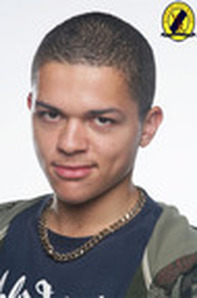 Earl is ten months Marley's junior and is in year eleven. They share the same father, but there are significant differences between the two of them - whereas Marley is just a damaged kid from a chaotic background, Earl is a borderline psychopath. He's quieter than Marley, but commands respect amongst his peers, most of whom fear him - and his blatant sexuality wins him many admirers of both sexes - including Maxine Barlow.