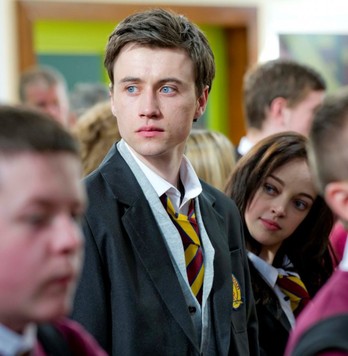 Imogen has a secret to share with Connor, Christine and Connor’s relationship goes from bad to worse, rival headmaster Gerard makes false claims against Michael, and Sian reaches out to Michael’s estranged father, Billy.

It’s Imogen’s birthday but, unlike her attention-seeking mother Sally, she doesn’t want any fuss. At school, Imogen’s horrified to discover her fitness guru mum is helping with Tariq’s rowing fundraiser. And, worse still, Sally’s lycra-tight outfits and flirtatious manner draw attention – especially from Gus who bets his school mates he can score with the older woman.

Jealousy rears its ugly head when Christine witnesses a closeness between Connor and Imogen. Worried Connor might be confiding in Imogen about her drinking habit, Christine snaps at her son. But Connor retaliates – he’ll make his mother’s life a misery if she doesn’t back off.

Also this week, Connor and Christine’s relationship is strained after she refuses to forgive him for slapping her. Upset and angry after another confrontation, Connor finds a dangerous outlet for his frustrations.