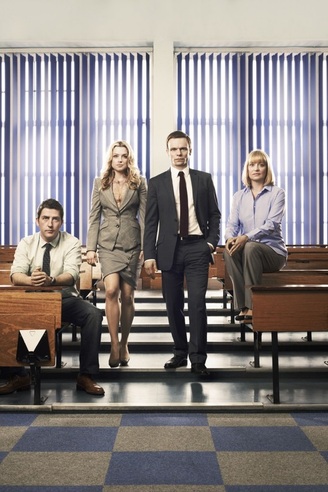 As the new Waterloo Road school opens in Scotland headteacher Michael Byrne has his work cut out dealing with a couple of runaway teens and a burgeoning rivalry with a local headmaster.

On the run from a foster home, teenager Jade shares a squat with her controlling boyfriend Drew but dreams of a better life. She announces that she’s going to school at Waterloo Road and despite his fear the authorities will find out about them, Drew is persuaded to enroll too.

Michael and Sian arrive at the new Waterloo Road. The local press reaction to the school has been largely positive, except one story reporting discontent from Gerard Findlay, headmaster of rival school Havelock High, who claims Waterloo Road are stealing his pupils.

The school is buzzing as Jade and Drew arrive. Despite not being registered at Waterloo Road Drew uses his charisma to win Lorraine over – but it’s not long before Tom sees an angry side to the new boy.

When Michael offers Jade, but not Drew, accommodation in the school house, Drew reacts angrily, forcing his girlfriend to reveal a secret which will have far-reaching consequences for the pair.

In the staffroom, new teachers Christine Mulgrew and Audrey McFall introduce themselves to Waterloo Road’s familiar faces. Not everyone is enthusiastic about the new school and Tom bemoans Michael’s regime. But English teacher Christine doesn’t seem keen to be drawn into any staff discussions, keeping herself to herself. It’s only when Grantly suggests the teaching team go for a drink after school that Christine’s interest is spiked.

Elsewhere, Tariq struggles to adjust to his new life as a paraplegic and Rhiannon starts a bullying campaign against Scout.