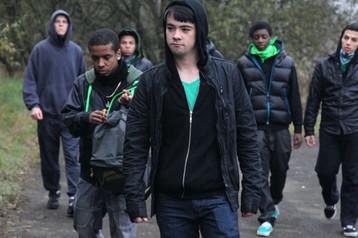 At school, Scout becomes jealous when Danilo flirts with Em, and calls the wedding off. Later, Danilo convinces Scout that he does like her and he thought she didn't like him. Scout decides to go ahead with the marriage, even though Phoenix tries to persuade her not to.

When Danilo fails to show up to football practice, Phoenix lets slip to Tom about the marriage and it's a race against time to find the happy couple.

Meanwhile, Finn is pressured into committing an act of retaliation on Tariq's gang. Michael is forced to install extra security measures at the school due to the escalating gang violence. But when the funding is cut and he approaches the LA to find out why, he discovers the future of the school is under threat.

Elsewhere, Lorraine continues to chase Michael about her job offer, Zak struggles with his identity now that his father has gone, and Maggie and Grantly take their relationship to the next level.