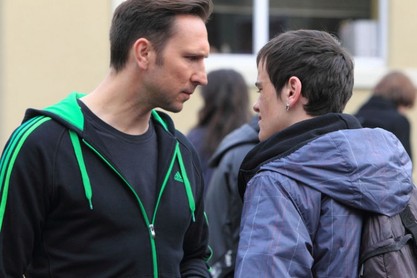 On the morning of her art exam, student Shelby is desperate for alcohol, having spilt her secret stash of vodka. She makes it to the exam, but without managing to get her fix, she struggles to concentrate. Knowing that she has failed, Shelby suggests to Madi that they go to the pub to celebrate Madi's 18th birthday.

At the same time, Alan Dixon is at Waterloo Road to conduct a review for the Local Education Authority, but things aren't looking good for the school when he sees what state Shelby and Madi are in - Shelby is his daughter!

Meanwhile, Jez realises he needs to prioritise his relationship with his children, and Kyle oversteps the line when he is caught selling illegal vodka shots.

Elsewhere, Janeece is led to drastic measures as she struggles financially, Finn falls further under the Murray gang's influence, and a former pupil of Michael's arrives with a very interesting offer