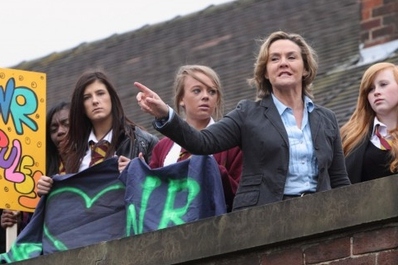 This series of the popular school drama comes to a close with the whole school geared up to face an independent inspection. But when the lead inspector discovers that Chris has allowed a pupil to spend the night at his house, it's Karen's job that's on the line. As the staff do their best to rally round, Jess issues Eleanor with an ultimatum: if she really wants to save Waterloo Road, she needs to take action.

With Scout and his brother Liam's mum still missing they face being taken into care. Scout takes matters into her own hands and decides to run away. But with the police, Chris and a drug dealer in pursuit, it's not going to be easy.

Meanwhile, as Vicki breaks the bad news to Aiden, he's determined to be there for Jess and her baby