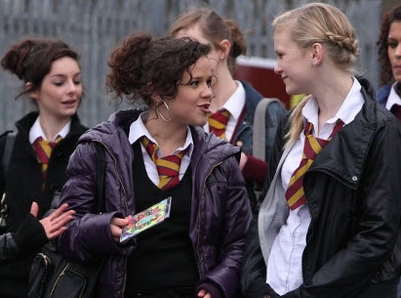 Cesca is drawn into a complicated situation that threatens to end her career, as the drama set in a comprehensive school continues. Meanwhile, Grantly's increasingly slovenly behaviour causes concern for Ruby, who is facing her own problems in the form of Janeece and John's blossoming friendship.

Cesca's honest approach in her drugs-awareness class backfires when Sam comes to her asking for money to buy drugs. Sam's intentions are good, however; she wants to buy the drugs from Amy and Lauren and then throw them away in order to protect her friends. The ever-manipulative Amy doesn't trust Sam and hatches an elaborate plan to frame her. Facing exclusion, Sam relies on the honesty of her best friend, Lauren, while Cesca's reputation lies in tatters as Karen struggles to unravel the truth.

Elsewhere, Harry's bullying gets worse, despite him bravely laughing it off. Ruth demonstrates how he can stand up for himself, pushing Harry into action and forging a new friendship. Meanwhile, an exhausted Grantly falls asleep during school hours leading Ruby to confront him about his wellbeing. Ever proud, Grantly shrugs her off but is forced to reveal the difficult truth when an unexpected visitor turns up at Waterloo Road and the full extent of his troubled home life becomes clear.

Ruby also has her own problems to contend with. As John and Janeece continue to get on like a house on fire, she wonders where the spark has gone in her marriage. It's a question that leads to a rather unconventional solution.