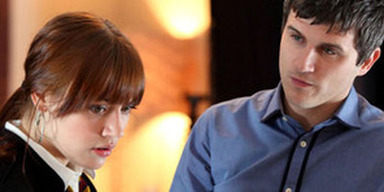 Waterloo Road is running a new sexual health initiative which includes a confidential emergency contraception service, as the drama set in a Rochdale comprehensive school continues. This causes consternation among parents and staff alike. Ronan and his girlfriend, Sarah, are concerned; their condom broke during sex, but while Ronan wants Sarah to take the morning-after pill, she's too mortified to go to the nurse.

Jess also has cause for concern: her promiscuous behaviour has resulted in her needing the morning-after pill – again. Unable to go to the nurse herself, Jess persuades Vicki to get the pill for her. Vicki reluctantly agrees, but fails when the nurse realises she's not there for herself. The two girls get into a huge fight which results in Vicki revealing Jess's promiscuity in front of Chris. Chris is concerned for Jess's welfare but she misinterprets this as a sign that he still cares for her.

It looks like Josh and Lauren are going to become an item but Josh is looking at someone completely different when the pair finally kiss. Elsewhere, Karen and Charlie acknowledge his affair, although he decides he wants to give their marriage a go if Karen is willing. And Janeece admits to Tom that she doesn't want her baby.