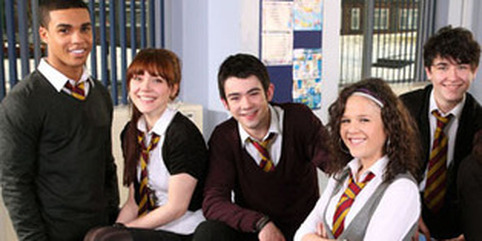 New Head Teacher Karen Fisher is clearly in her element at Waterloo Road, and is joined at the school by her husband, Charlie, who is starting as a supply teacher.

However when 15 year old Harry finds a suspicious message on Charlie’s mobile about a lunchtime assignation, he begins to suspect his dad is having an affair. Harry dials the number on the text and is shocked to hear new Spanish teacher Cesca answer.  He desperately enlists Sam’s help and they follow Charlie on his lunchtime rendezvous. Together they spy on Charlie with Cesca, taking a photo as evidence.  When Harry later tells Karen she refuses to believe him and assures him that it must be innocent.

Mean while Jess is jealous when Chris avoids her and seems to be getting on well with Karen.  When Jess learns that Karen told Chris about her sister Bex, she tries to put Chris off Karen by publishing an article in a school magazine about how her mum was responsible for Bex’s disappearance.  The article quickly circulates around the school and everyone reads it.  Karen is shocked and argues Charlie about what he sees as her over reaction. The tension between husband and wife is obvious and the events of the day take their toll on Harry, who resorts to binging and vomiting to control his emotions.

Elsewhere Ruby and John are planning to start a family, but it’s not as easy as it seems. When confronted with the reality of Ruby’s impaired fertility, they debate their other diminishing options such as IVF or adoption