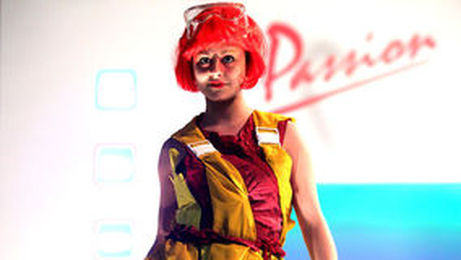 Waterloo Road is buzzing with excitement as the school fashion show gets under way, as the series set in a Rochdale comprehensive continues. However, Ronan's attempts to bolster Vicki's self-confidence take an unexpected turn. Elsewhere, Cesca and Jonah make a decision that will change their lives for ever and Grantly and Ruby form an unlikely creative partnership.

Ronan's mentor, Dan, a modelling industry professional, proves to be a big hit with the ladies when he is brought in to judge the school fashion show. That is, with the exception of Adanna, who takes an instant dislike to him. When Ronan teams up with Bex, Jess and Vicki for the event, he notices Vicki's lack of confidence and convinces Dan to single her out for attention. However, his well-intended plan soon spirals out of control.

In the staffroom, Grantly and Ruby concur that their shared love of literature has reached new levels following their book swap. When Grantly confesses his dream of becoming a writer, an unlikely partnership is formed.

Elsewhere, Cesca is determined to carry out her termination, despite Jonah's attempts to talk her round. As Cesca heads to the clinic, Jonah makes a last-ditch attempt to dissuade her. Later, back at Waterloo Road, Jonah and Cesca share a private moment of happiness – unaware that they are being watched.