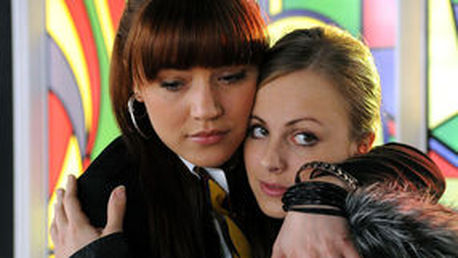 The truth surrounding Bex's disappearance is finally revealed when a fellow pupil discovers a shocking secret, as the series set in a Rochdale comprehensive school continues. It sends shockwaves throughout Waterloo Road and tests Tom's recovery when he's forced to deal with the aftermath. Elsewhere, Sam and Finn's mutual antagonism develops in an unexpected way, and Jonah gives Cesca a dramatic ultimatum.

Bex finally confronts Karen with the truth surrounding her disappearance when Wayne Bodley, a Year 11 pupil, stumbles across a compromising video of her and spreads the footage around the school. It couldn't be a worse time for Bex, as she prepares her speech on the day of the head pupil elections, and it's left to a still-fragile Tom to get to the bottom of Wayne's behaviour.

Matters become even more complicated when Bex discovers the true identity of Jess's new boyfriend, prompting a reluctant decision to run away from home yet again.

Meanwhile, Finn is intent on being a good mentor to Denzil, despite Sam assuming the worst, leading to the beginnings of an unexpected relationship when she finally realises that he is being genuine.

And Jonah is becoming increasingly frustrated with Cesca's secrecy and issues an ultimatum – either they start acting like a real couple or it's over.