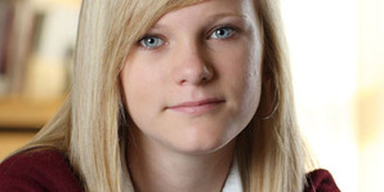 Harry's cry for attention veers out of control when he steals Karen's phone and causes turmoil among the staff of Waterloo Road, as the school drama continues.

Meanwhile, Chris and Karen have their hands full with the school business initiative contest and Tom struggles to readjust during his first day back. When Karen and Harry come to blows over his falling grades, a disgruntled Harry gets his revenge by causing mischief with Karen's phone, sending incendiary emails to the other staff in the guise of his mum. As widespread anger and paranoia spread through the school, Karen is faced with an unexpected staffroom revolt.

Meanwhile, it's Sam's first day back and she hasn't forgotten about the way Amy and Lauren treated her last term. Emotions run high during the school business initiative as Sam and Amy battle for authority and Harry is reluctantly paired with disruptive Kyle, leaving Chris Mead struggling to keep discipline.

Elsewhere, it's Tom's first day back since his attack and both Josh and Karen fear he's returning too soon. They prove to be fears that are well founded when Tom starts snapping at pupils and teachers, before a violent classroom incident causes Karen to take decisive action. And Cesca and Jonah's secret affair is curtailed when one of Harry's fake emails leads Cesca to believe that Karen has found out the truth.