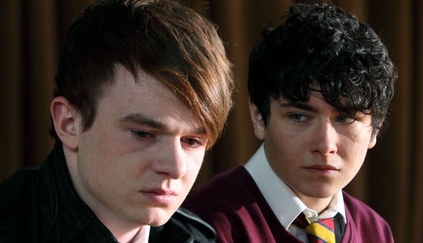 Karen attempts to piece together the mystery surrounding Bex's disappearance. Meanwhile, Cesca continues to test her professional and personal boundaries with Jonah and Nate feels the wrath of his father over his burgeoning relationship with Josh.

Nate's uncomfortable relationship with his dad hits rock bottom when Matthew Gurney discovers that his son is gay. Unable to accept the news, Matthew blames the school for encouraging Nate's sexuality and orders him to keep away from Josh. Tom intervenes with some words of advice, prompting reconciliation with violent consequences.

Meanwhile, Bex finds it increasingly difficult to hide her past when Hodge turns up at school threatening to reveal everything to Karen. Concerned about her daughter, Karen keeps a close watch and is distraught to discover that Bex has been lying about her whereabouts – a situation that becomes more complicated when Bex receives an envelope filled with money.