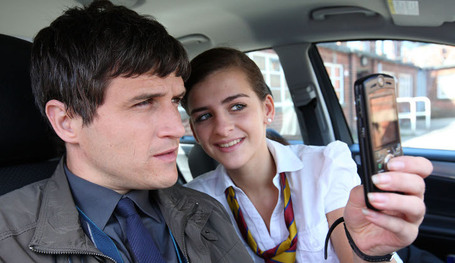 When he discovers that Vicki has been sneaking off during school hours to work as an exotic dancer, he visits the club to talk her out of it, inadvertently putting himself in a vulnerable position. Vicki won't give up work and threatens to accuse Christopher of sexual harassment if he tells anyone. When Rachel gives Christopher a warning about not letting his female pupils behave so inappropriately towards him, he doesn't feel able to ask her advice about Vicki, and attempts to deal with the situation himself, putting his professional reputation at risk.

Marion James's lawyer informs Lindsay that, as a witness in the case of her father's murder, she won't be able to see her mother until the trial and that acquittal does not seem likely. Lindsay confesses to Rachel that her father had been sexually abusing her for years and that she had told her mother about the abuse on the day that her father was stabbed; Marion killed him to protect her daughters.

Elsewhere, Ros sets up a Waterloo Road comedy club to showcase Philip's stand-up talents and, against all odds, is impressed by the result. After school, Josh is delighted to see his mother and Tom getting along over dinner, but when Georgia reveals the truth about Josh's unconventional conception, sparks fly. The tension between Rachel and Max continues but Kim's growing relationship with Max means that Rachel has to find a new confidant.