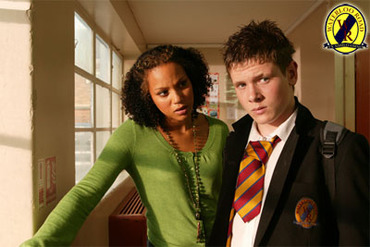 It's interview day for the permanent post of Head Teacher. Jack is sure he's the best man for the job, but his confidence takes a serious knock when he realises he can't rely on Roger's support. The other candidate, relentless careerist Lyndsay Woodham, seems determined to win over the governors and take the job for herself. But it's not only the board they have to impress - as part of the interview process, both Jack and Lyndsay have to face a panel of Waterloo Road pupils and Brett seems determined to scupper Jack's chances. Luckily for Jack, Chlo sees past Lyndsay's sharp suit and catchy management speak and her voice of reason balances out Brett's negative comments.

The atmosphere is still tense in the staff room - Tom and Izzie are at each other's throats, even more so now that Izzie is demanding he collect his remaining belongings from her house or risk them being thrown out in the street. It's time to move on, and she can't do that with his dirty gym kit stinking out the house. Tom is reluctant to collect his stuff for exactly that reason and Izzie knows it, but still, they're both too stubborn to back down. As always, Lorna is there to step in as Tom's knight in shining armour and offers to collect his stuff herself. Izzie is scathing - as far as she's concerned, it's not a girlfriend Tom needs, it's a nanny!

Dale Baxter keeps absconding from school and Jack has no choice but to report his poor attendance record to the police. As a result, Mrs Baxter is taken into custody, and Dale is placed in care. As head of Pastoral Care, its Kim's responsibility to convince Dale that Waterloo Road isn't that bad. She's thrilled when he enjoys one of Izzie's drama lessons and believes she's re-ignited his interest in school. But then during French, Dale is told to share a table with Courtney... her nose wrinkles as she encounters an unpleasant odour, and she doesn't waste any time in broadcasting her discovery that Dale is the source of the smell. Dale's next class - English with Lorna - is even more of a disaster. Lorna is in no mood to put up with any nonsense and so refuses to excuse Dale when he asks permission to go to the toilet. Before long, the true nature of Dale's problem becomes clear when a puddle appears on the classroom floor. With Courtney's cruel jibes ringing in his ears, Dale flees again.

Lyndsay seems to have the gift of the gab and the governors are suitably impressed, but Jack doubts she could handle the day-to-day problems of running a comprehensive school. She's certainly unprepared when Dale violently erupts into the corridor and Jack is forced to physically intervene in order to calm him down. Meanwhile, Dale's plight has struck a chord with illness-obsessed Lorna and she's able to provide Kim with some Internet research that could help him. Later, the school doctor confirms that Dale is suffering from overactive bladder syndrome, a condition that is easily treated. Dale is thrilled with the diagnosis, not least because it means there's a good chance his mum won't have to go to prison.

Jack's interview doesn't go well and his days as Head Teacher look numbered when the board formally offer Lyndsay the job. Davina, Kim, and Andrew are commiserating with Jack when Lyndsay turns up with a piece of shock news - she's turned the job down! The incident with Dale has made her realise that although she can talk the talk, she doesn't have the practical experience necessary to run a school like Waterloo Road. Although Jack is thrilled, the board clearly aren't when they're forced to about-face and offer him the permanent headship. Lyndsay's refusal has left them in a tight spot and Jack enjoys making them sweat for a while before finally accepting the post.

The teachers head down to the pub after work to celebrate Jack's success. Over champagne, Jack takes the opportunity to announce to his colleagues that he and Davina have moved in together. It's cheers all round - with the exception of Steph of course - but the party mood is shattered when Lorna steps forward... she has an announcement of her own to make...