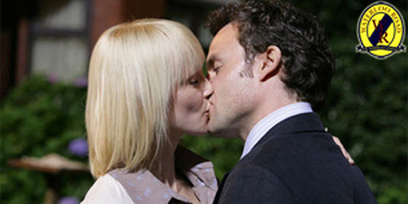 Due to Andrew's swift resignation, Jack is reinstated as Acting Head of Waterloo Road. Jack's confident he'll be given the role on a permanent basis before half term and decides to prove to Roger that he won't be pushed around by reinstating Grumpy Grantly. Roger's son, Brett, can't stand Jack and the two butt heads once again when Brett is discovered correcting spelling mistakes on a notice board. PA Davina can't believe it when Jack walks into the office with Brett in tow. They had a brief fling before she started at Waterloo Road, but she had no idea he was still at school, or that he's Roger's son!

Izzie and Tom's relationship takes an upturn when Lorna finds herself a flat. With renewed spirit, Lorna bites the bullet and asks Andrew out on a date. When he accepts, she wastes no time in boasting to Kim who denies she has an interest in Andrew. Kim can't forgive Andrew's disloyalty to Jack and does her best to deny any feelings she has for him. Andrew tries his best but can't get through to Kim to make amends. Meanwhile, Lorna books a doctor's appointment, to deal with her constant dizzy spells. After hearing her symptoms, the doctor wastes no time in referring her to the hospital for tests.

Steph is disgusted when she finds the 'Hate Mika' website and decides to set up a trap to flush Leigh-Ann out into the open. The plan goes terribly wrong when Leigh-Ann turns around and accuses Mika of bullying her! She tells Steph the same lie she's already told Kim - that Mika got drunk and tried to persuade her and Brett to have a threesome. Unfortunately for Mika, it looks like everyone, including mum Izzie, believe Leigh-Ann's version of events. Brett's no help either - terrified that his dad will find out he was smoking cannabis - he swears amnesia. At least Tom appears to be on Mika's side. Unable to believe she's capable of bullying anyone, he corners Brett who reluctantly comes clean. Jack immediately expels Leigh-Ann who swears revenge.

Donte is desperate to lose his virginity - it feels like he's the only lad in his class who's not done it yet. When his dad goes away on business, he and Chlo have the ideal opportunity to take their relationship to the next level. Donte carefully plans the perfect night whilst Chlo makes excuses to her mum so she can stay away. Loaded up with his dad's cash, Donte books a romantic dinner - but bully Lewis Seddon has got himself a job in the restaurant and wherever Lewis goes, trouble soon follows.

Leigh-Ann pays Mika a visit at home. She's hell-bent on destroying Mika's goody-two-shoes reputation and vows to put the topless picture up on the Internet. Mika's had enough and, after telling Leigh-Ann exactly what she thinks of her, tells her to do her worst - she doesn't care anymore. Later that afternoon, Izzie arrives home determined to make amends, but she may be too late as Mika has locked herself into her bedroom with a bottle of pills! Tom breaks the door down just in the nick of time. Tearfully, Mika tells a shocked Izzie all about Leigh-Ann's threat. Izzie insists on looking at the hate-site - whatever Leigh-Ann has done, they will deal with it together. They discover that Leigh-Ann has had a change of heart and has taken down the site, posting up a photo of her and Mika when they were still friends in its place.

Brett still fancies Davina like mad and is keen to rekindle what they had, but Davina isn't so sure - especially now Jack is showing he wants more that just a one night stand. After telling Brett she can't see him anymore, she goes back to the school and seduces Jack in his office. Meanwhile, Lorna's night with Andrew is a huge success, and as he walks her home, they share a kiss. Across town, Donte and Chlo are finally alone in a candle-lit bedroom, but the romantic mood is shattered by a knock on the door. Lewis and his gang are standing on the doorstep and refusing to leave.