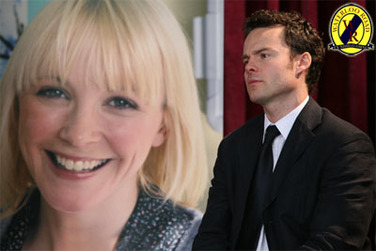 Andrew looks on in horror as Waterloo Road becomes indoctrinated by Jerry's Creationist ideology. As well as plastering the corridors with posters, Jerry has managed to gather together a group of pupils for early morning prayer meetings. Impressionable pupil Janeece has been well and truly sucked in. Her interest in dinosaurs has bitten the dust and she's now wearing a crucifix and quoting Genesis to anyone who'll listen. Andrew is concerned by Jack's decision to sit back and allow Jerry to take over - maybe he's made the right choice in deciding to go to Rwanda after all. Meanwhile, Jack is furious when Davina hands him Andrew's letter of resignation. He can't believe Andrew could walk away like that, not when there's still so much work to do.

The greasy burger van is still at the school gates, tempting kids into a hell of junk food and drugs. Siobhan is lying in intensive care after taking an overdose of the Seddon's homemade MDMA and Jed's only too aware of how much harm Siobhan's best friend, Courtney, could do to the family business. But Courtney's guilty conscience is more than a match for Jed's threats of violence and it's only a matter of time before she's unburdening herself on Kim. As a result of Kim's 'anonymous' tip-off, Jack calls the police. They arrive to search the burger van, but thanks to Jed's quick-thinking, they come away empty-handed.

It's Chlo's sixteenth birthday and Donte has arranged a party for her at his house. He and Chlo are also planning to sneak away for some time alone together, but Chlo's nervous and getting stuck into the alcopops, something that hasn't escaped Lewis's notice. He's loaded up with a supply of pills to pep the party up and decides to slip a little something into Chlo's drink to help her relax. Before long, she's off her face and dragging Donte into the bedroom. Later, Mika tries to sneak Chlo home, but Izzie catches them and quickly realises all is not right. The following morning, Donte isn't the only one who has a bone to pick with Lewis. Jed and Ma are furious with him for putting the operation in danger and decide to take drastic measures. Lewis finds himself out of a job and writhing in agony in the gutter after being beaten up by Jed.

Jack looks up in shock as a beaten and bloody Lewis walks into his office. He's decided to get his own back on Jed by giving Jack the location of the drugs factory. While Jack and Andrew head off to check out Lewis's tip-off, Steph pulls Jerry aside for a private word. She's had her fill of seeing Davina and Jack flaunt their happiness in her face and decides it's time for action. Jack arrives back at the school to find Roger and Jerry in the process of giving Davina her marching orders. Although his initial reaction is to intervene on Davina's behalf, Jack quickly folds under pressure. He doesn't want to do anything that might jeopardise the academy, even if it means sacking his girlfriend. Across town, Ma Seddon is dragged out of her home and forced into the back of a police car. The police are also on the lookout for Jed, but he's nowhere to be found.

Jerry continues to make his presence felt at Waterloo Road. He's determined to fly in the face of Ofsted and mould the curriculum to suit his Creationist beliefs, and he's going to start by rooting out all of the 'offensive' books in the sixth-form common room. Andrew is devastated when he comes across Janeece and her gang having a book bonfire on the playing fields, but it's what happens later at Lorna's memorial service that really upsets him. It's a sad day for the staff and pupils as they gather in the hall, but the mood is altered when Jerry uses the opportunity to preach to those gathered. It's the final straw for Andrew and he rises to challenge Jerry's beliefs in front of the packed hall. With the pupil's cheers ringing in his ears, Andrew walks out. He's embarrassed about his display, but Kim thought he was amazing and shows him her appreciation with a kiss. But will her feelings be enough to make Andrew stay at Waterloo Road?

Donte is being given the cold-shoulder by Chlo who is convinced he took advantage of her in her drugged-up state at the party. But it seems that Donte learnt his lesson after last time - he didn't touch Chlo, and he's even got Janeece as a witness to prove it. The love-struck couple head off to the staff room to speak to Izzie and Tom, but when they announce their engagement, Izzie gives them a harsh ultimatum. However, mother and daughter are equally as stubborn and Chlo's determined to do whatever it takes to be with Donte, even if it means running away. The course of true love isn't running smoothly for Andrew and Kim either. Andrew is leaving the country no matter what. He's booked on a flight for Rwanda and he and wants Kim to join him.

Jack finally realises the extent of what he's prepared to sacrifice for the academy. After reinstating Davina, he calls Roger and Jerry to his office and sends them both packing - Waterloo Road doesn't need rich Americans to keep it running. Jack feels invigorated after seizing back control of the school, but his good cheer is shattered when Jed Seddon walks into the empty schoolyard looking for a fight. Jack's ready to give him exactly what he came for, but Jed's a bad loser and has come armed with a knife. Meanwhile, Izzie's drama club has finished in time for her to witness the fight. She runs straight to Jack's aid... and right onto Jed's knife